As well as writing, I’ve done a lot of production work. I can sub for print or online – I have 35 years’ experience as a subeditor on national titles, including Tribune, the New Statesman, the Guardian and the Times Education Supplement – and I have production-edited or designed several publications. I think I’m OK at designing books, too. And I made this website. 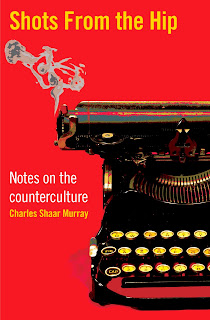 2012-present Aaaargh! Press
I run a small press with Anna Chen and have done the design work for its books. We’re cool. Look at what we do. 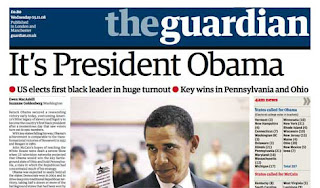 1999-present Guardian
I have worked as a sub on the Guardian for bloody ages, initially on comment and G2, latterly mainly on letters and comment. I’m au fait with the Adobe InCopy-based content management system used to ensure web content is kept constantly up-to-date.

2006-2012 Free Press
I laid out the journal of the Campaign for Press and Broadcasting Freedom every other month. I inherited the design, but adapted it over time, working for editors Julie-ann Davies and Tim Gopsill.

2012 gapyear.com magazine
I co-designed a magazine for the travel website gapyear.com with Cormac Scanlan and production-edited the first issue.

2002-06 New Humanist
I redesigned the bi-monthly of the Rationalist Association and subsequently oversaw layout and production with editors Frank Jordans and Caspar Melville and deputy editor Padraig Reidy.

2002-04 Healthwriters
I redesigned the quarterly newsletter of the Guild of Health Writers and laid it out for two years.

2002 Chartist
I redesigned the democratic socialist bi-monthly and handed over the templates, which are still in use.

2001 Tribune
I adapted a redesign of the weekly from newspaper to magazine format, creating style sheets for the whole publication and developing templates, then oversaw their introduction.

1999-2000 New Times
I adapted a redesign of the monthly from newspaper to magazine format, creating style sheets for the whole publication and developing templates, then production-edited the magazine with massive help from Berie Stott, Michelle Bhatia and Paul Cullivan.

1996-98 Times Education Supplement
I was a lay-out sub on the TES for 18 months, usually laying out and subbing features and reviews pages.

1993-96 New Statesman & Society
As deputy editor I played a major role in week-to-week production throughout my time on the magazine, laying out several spreads every week. When the magazine converted to Quark XPress in 1994, I tweaked a redesign, creating style sheets and developing templates.I had a big role in the magazine going online in 1994 — the  first UK mgazine to do so.

1987-93 Tribune
I was involved in two redesigns, one as reviews editor in 1988 (which was entirely mine) and one as editor two years later (which I did jointly with Caroline Rees when we introduced Quark XPress desktop publishing).

1984-87 END Journal
I adapted a redesign in 1984 and production edited the magazine for the next three years.

1983-84 Coastalpress
I redesigned Radio News, a fortnightly for the radio industry, and production-edited it for three months before the company collapsed.